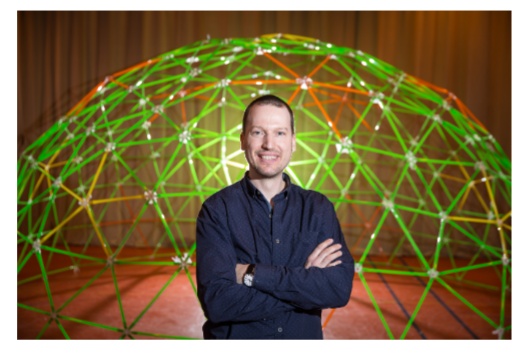 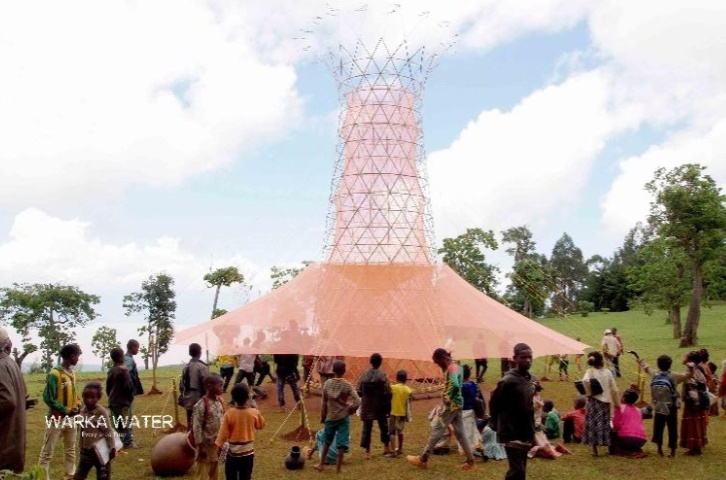 Building up together a 4-5 meters high Warka Water Tower is a real community event. Each tower can be different. We use digital tools to explore the structure. Connecting the digital modelling with hands-on activity becomes a source of collaborative problem-solving to develop creativity and boost imagination. During the whole time of the event, the tower can serve as a meeting point and it can be used also as a communication hub for sharing, generating, co-creating new concepts and ideas. It is possible to hang small notes and light objects on the structure. The height of the structure is adjustable to the conditions provided in the available space.

Warka Water Tower is a social design project by the Italian architect, Arturo Vittori, to provide help to Ethiopia’s population in its daily challenges in their quest for drinking water. Due to its unique, geometric structure, the Warka Water bamboo tower is able to harvest potable water from condensation in the air (collect rain, harvest fog and dew). The tower’s triangulated split bamboo frame holds a mesh, which during wet conditions collects water droplets. Droplets flow downward by gravity and drip into a collector, which is channeled into a storage tank located at the center of the tower’s base. There is also a canopy installed on the tower, which not only provides water, as the resource for life, but also serves as a social place for villagers, who owns and operates the tower. Members of the local community can meet and have public discussions under the shade of the canopy.

Kristóf Fenyvesi, PhD (b. 1979) – is a researcher of STEAM (Science, Technology, Engineering, Arts and Mathematics) Trans- and Multidisciplinary Learning and Contemporary Cultural Studies in Finland, at the Finnish Institute for Educational Research, University of Jyväskylä (https://ktl.jyu.fi/en). He is the Vice-President of the world’s largest mathematics, arts and education community, the Bridges Organization (www.bridgesmathart.org). From 2016, he is a member of the European Mathematical Society’s Committee for Raising Public Awareness. Between 2013-2017 he served as Chief Executive Officer of International Symmetry Association (www.symmetry.hu) and in 2008 he started Experience Workshop—Global STEAM Network (www.experienceworkshop.org). He has been invited by European Commission as a STEAM expert for various H2020 and Erasmus+ projects’ evaluation. Fenyvesi’s articles have appeared on fora such as The Notices of the American Mathematical Society, MAA Focus – Newsmagazine of the Mathematical Association of America, Nexus Network Journal, The Mathematical Intelligencer and Comparative Philosophy. He is author of chapters in various prestigious books, and he has edited a number of math-art-education handbooks, including Aesthetics of Interdisciplinarity: Art and Mathematics (Springer-Birkhauser, 2017. Together with Tuuli Lähdesmäki) and other resources of mathematics & arts learning. Many of his books and articles are open access. He serves in the editorial board of several scientific journals, including Taylor & Francis’ Journal of Mathematics and the Arts. Fenyvesi has been very active in organizing various international scientific events, education programs, exhibitions, and STEAM workshops and festivals all around the globe, including his Experience Workshop Global STEAM Network’s special contributions to Japan’s prominent scientific outreach festival, Science Agora in Tokyo-Japan, or Open Design Africa in Cape Town-South Africa, Ars Electronica Festival, Linz-Austria.